So last weekend saw hubby and grandma take a very short trip to France, with a view to meeting a plombier, a menuisier (joiner), and a plâtrier (plasterer).

Le plombier spoke very good English and grandma wouldn’t let him go – had to show him Duolingo! He was called to sort out the leaking shower pipe that our former builder left us with, together with the hot water tank which doesn’t work properly (fitted by former builder too)

He replaced the pipe valve just in case – it hasn’t leaked at all! Much tighter fit now.

Will quote re outside tap. Through kitchen units. Said he will drill in from the outside because the crèpi will break off if he drills from the inside. Re the drain – he said preferable to have one but with tiles it shouldn’t be a problem – just should’nt let the water lay on bare concrete as it soaks in. He will put an isolation tap in under the sink so we just turn it off when we’re not using it.

Re shower – Hubby found receipt and plombier rang Bricorama for us and they have said take back the tap piece only and they will replace it. Receipt now clipped to the board in the kitchen and this must be our first job when we return in late July as 12 months is up on 4th August. They have none in stock at the moment but still sell them. Said they will be in stock by end of July.

Le menuisier, Josh, has been in France 30 years. Covered area – the minimum height would be approx 2.2m. We could have the posts inset a little and would give more height. The crèpi needs doing first he thought – makes their job easier and less mess. He wouldn’t do the faux stone pillars – he would get Andy (the tiler) to do them and work together. They are filled with concrete and wire for strength. If we wanted wood he said they can be on studs which are very low to the ground but raised enough to stop water rising into the wood.

Shutters – again the crèpi needs to be on first – he needs to know the depth to have them fitting flush. He said the holes for hinges would not crack the crèpi. We want anodized metal hinges which match our existing shutter hinges – he said his supplier no longer offers anything but black. But he will buy the shutters from them and the fixings probably from Bâtiland as we know they have them.

Stairs. He thinks he can sort (see pictures later) will cut a bit off the bottom and place at the top and then the bottom post would be adapted a little to fit flush.
Balustrades – he can make some to fit – same colour but unlikely to be in beech! He will have them overlap the wood floor edge to hide the finish / edge of wooden floor.

Le plâtrier, manually plasters. Looks older when finished he says. More dimples than staccato. He doesn’t have a machine. He has to do one wall a day. Also can’t do it if over 30 degrees temp so July / August would be difficult. Paul explained the idea that we were trying to achieve the look of pigeoneer being older and the bungalow being the extension. He started suggesting one or more sides would look good in faux stone. Then the longer he was talking he started suggesting all in stone OR we would need to get a firm in to do the crepi with a machine. He is going to give us a price in a week or so for faux stone. He needs to chat with builders merchants.

So all meetings were relatively positive. When things can begin is not so straight forward as it sounds like the crèpis must be done first. So another important job when we return is to find a professional crèpier. Answers on a postcard please😳

I received pictures of the garden, with many plants flourishing. Of course the grass needed cutting. 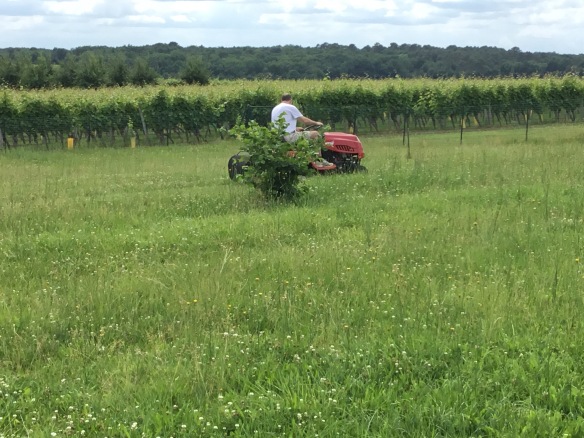 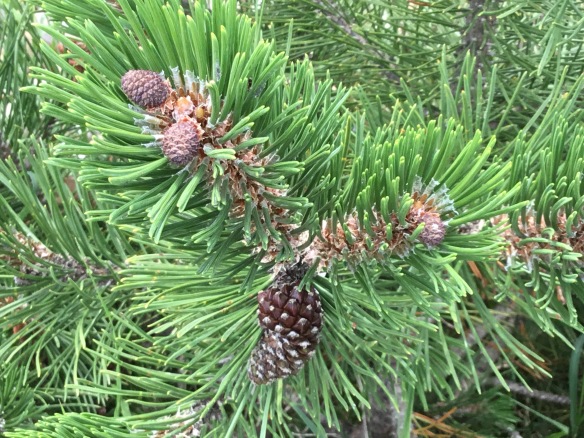 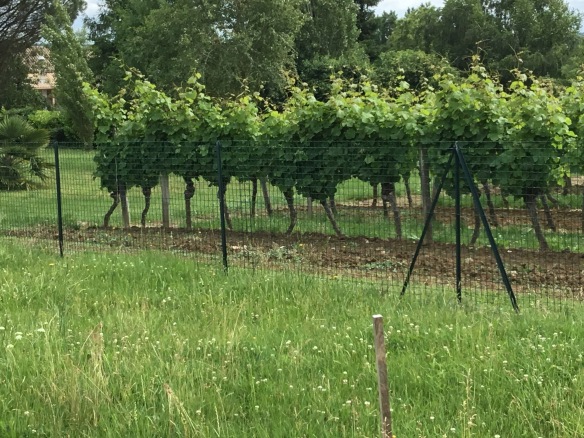 And there was time for a bonfire 🔥

Difficult to see, but the willows are growing. One day a willow arch.

Our former builder (no longer employed) never fitted the stair rail and now we know why. Shoddy!!!

We’re looking forward to our summer in France now, with really just the finishing touches to the extension to organise. Our relationship with our former builder now over and even though he owes us money, we are moving on. Perhaps next year our extension will be finished but I’m not going to hold my breath. All in good time. Things do take longer in France. But hey ho!